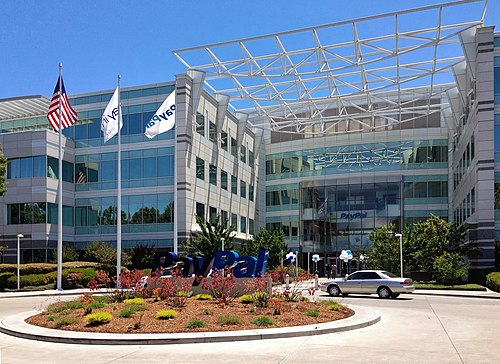 PayPal Holdings, Inc. is an American multinational financial technology company operating an online payments system in the majority of countries that support online money transfers, and serves as an electronic alternative to traditional paper methods such as checks and money orders. The company operates as a payment processor for online vendors, auction sites and many other commercial users, for which it charges a fee. Established in 1998 as Confinity, PayPal went public through an IPO in 2002. It became a wholly owned subsidiary of eBay later that year, valued at $1.5 billion. In 2015, eBay spun off PayPal to eBay's shareholders and PayPal became an independent company again. The company was ranked 134th on the 2021 Fortune 500 of the largest United States corporations by revenue.